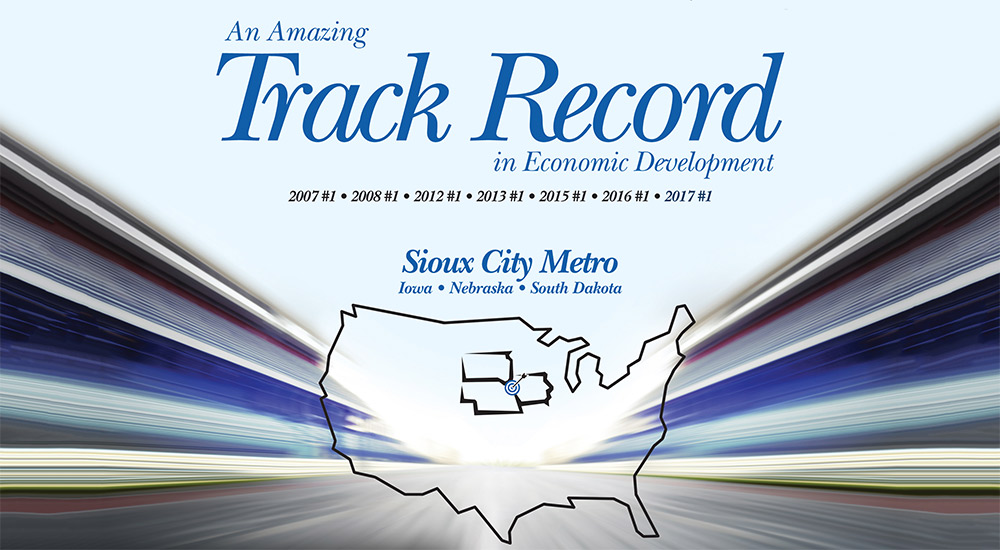 SIOUX CITY (Iowa, Nebraska, South Dakota) – Siouxland secured a hard-earned “three-peat” by climbing to the top of national economic development rankings for the third consecutive year. After achieving the first in the nation ranking in both 2015 and 2016, Siouxland completed the trifecta by securing the top spot in calendar 2017 according to results released by Site Selection magazine earlier this week.

The Chairman of the Board of Directors of The Siouxland Initiative (TSI), Skip Perley, who serves as President and CEO of Thompson Electric / TEC Corp., said,

“Our community has every reason to be proud of our consistent performance in these annual rankings. For many years, our public and private sector partners have worked cooperatively to develop the economic development strategy that is currently paying significant dividends throughout our tri-state region. It is now incumbent on all of us to ensure that we maintain and build upon this remarkable momentum.”

Twice in the past decade, Siouxland had won back-to-back titles, but this is the first time the tri-state region has earned the prestigious recognition three years in a row. Additionally, the 2017 ranking marks the seventh time since 2007 that the Siouxland Metropolitan Statistical Area (MSA) ranked first in the nation in its population category for economic development.

Next Wednesday, Adam Bruns, who serves as the Managing Editor of Site Selection based in suburban Atlanta, Georgia, will be in Siouxland to present the magazine’s top award.

“The agricultural and food supply chain that has fed Siouxland’s economy has helped the area nurse its reputation as a rock-solid place to make things and do business,” says Bruns. “But sustenance takes a lot more than food. What investors and job creators are saying with their projects and capital is ‘People are our lifeblood, and we find good people here.’”